With web applications OneView connects to the web browser and performs a test whereas with the client/server application client is contacted and the test is performed here. It is also possible to contact servers and retrieve data in order to view in the OneView application. Another level of monitoring is the infrastructure component – OneView can monitor among other things services, network connections and files. 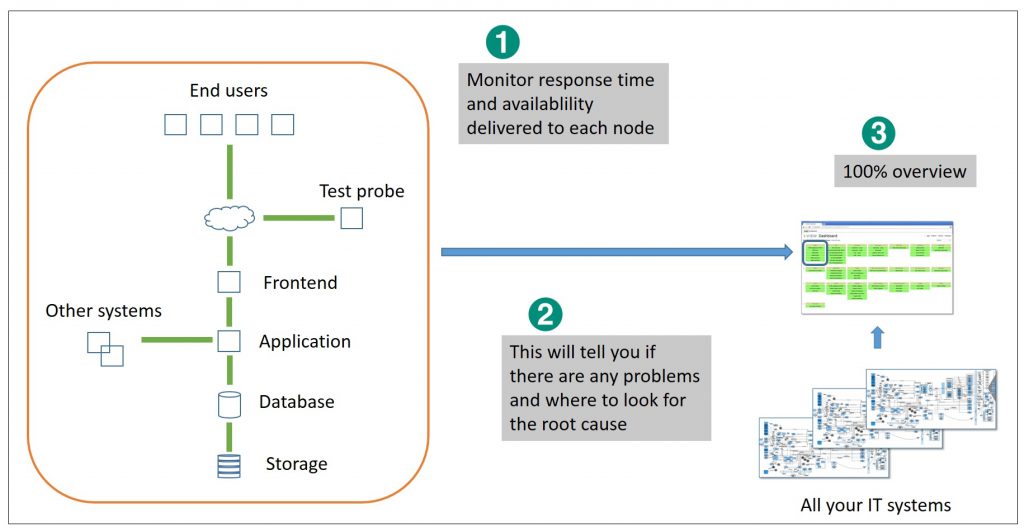 OneView operates with the term extenders and three types of extenders exist:

The readers perform the passive monitoring by collecting data from log files, databases and 3rd party monitoring tools. Whereas the service tester performs the active tests by performing a great variety of predefined tests.

Details on the different readers and the service tester can be found in section ‘OneView Extenders’.